Our English friends have accustomed us more to their passions for horse racing than for those of horsepower. And yet, in October 1829, it was indeed a steam locomotive race that the Liverpool to Manchester Railway Company had planned in Lancashire County near the village of Rainhill. For several days, five locomotives had to compete according to the rules that will be set out further.

Why was such a race organized?

To answer this question, the best is to recall some dates and facts about the birth of the steam locomotive without going back to the discoveries of Denis Papin who had known how to identify the first, at the end of the 17th century, the mechanical power that could be derived from the use of steam. Nor will I talk about industrial machinery or paddle steamers, which also preceded the advent of the locomotive in the 18th century.

At the very beginning of the 19th century, a British man named Richard Trevithick developed  the first steam locomotive. As this machine began to be put into service on a rack railway for the transport of minerals, another famous person, working as the chief of the machines of the coal mines of Killingworth, took a keen interest in this new technology which he had a presentiment of all the potential for the future of transport. His name, for those who may not have recognized him, is George Stephenson.

In 1814 G. Stephenson built his own prototype, which he tested and improved on the Killingworth Railway line, where he worked.. As soon as the creation of the 10-mile railway line between Stockton and Darlington was discussed, Stephenson seized the opportunity to propose his new means of locomotion in conjunction with the animal traction initially envisaged. Having successfully completed this first challenge, he naturally applied for an even bigger line in terms of both length (30 miles) and expected traffic. This was the line connecting Liverpool to Manchester. But Stephenson was no longer alone in sensing the full economic benefits of this fledgling railway.

Other competitors were in turn candidates and the Liverpool&Manchester Railways had no choice but to invite these contenders in a race to decide between them. A prize of £500 was promised to the winner.
All that remained to be done was to lay down the regulation for this competition, which resulted in the definition of the following rules relating to technical specifications and performance objectives.

On the first point, the weight of the machine could not exceed 6 tonnes and the steam boiler had to be equipped with two safety valves. This was followed by details on the amount of water and fuel.
On the second point, the machine had to be capable of towing 20 tonnes over a distance of at least 10 miles at an average speed of 16 km/h. The final objective is to achieve a route corresponding to the distance Liverpool/ Manchester to and from.
The selected section, which was located, as noted above, near the village of Rainhill, was level and 2.8 kilometres long. It had to be travelled 20 times and a jury composed of 3 judges had to ensure compliance with the rules.

On the scheduled day, a large crowd came together; the poster at the beginning of the article shows that an imposing platform had been set up to welcome it. The audience was not only looking for pure performance, but they were also eager for the show they were promised, which could result in accidents, explosions and derailments.

Five locomotives appeared: "Cycloped", "Perseverance", "Novelty", "Sans-Pareil" and "Rocket"
The first two  were quickly eliminated because they did not meet all the conditions:
- Cycloped was actually driven by horses and not by steam horses!
- Perseverance did not reach the minimum speed required.

Novelty and Sans Pareil were not very reliable, frequent breakdowns immobilized them in their impulses. Without the recurring failures, Novelty would probably have won the trophy because of the innovations it proposed.

The yellow and black rocket with the white smokestack made the best impression in both reliability and performance. Once the race was over, Stephenson gave him a lap of honour at 56 km/h without towing a load.

It is customary to say that it was on the basis of this race and the performance of the rocket that investors gained confidence in this new technique and that, thanks to their capital, contributed decisively to the expansion of this means of transport.
It is enough to look at the evolution of the increase of the railway lines in the following hundred years to be convinced:
1830    300 kilometres 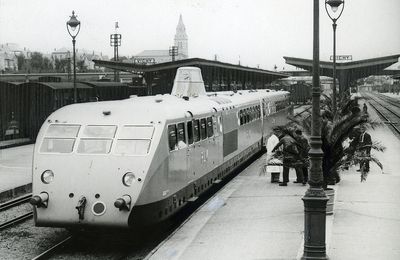